What the FUTURECOOPERATIVE wants to achieve

The FUTURECOOPERATIVE is a transnational community for the development, financing and dissemination of technical and social innovations. It pursues the following overall objectives:

Sesto has been carrying the idea of the FUTURECOOPERATIVE for years. Since Sesto was a pilgrim, the idea has taken a back seat. In March 2017 he met Stefan Roth in Zurich, told him about the idea and Stefan was immediately enthusiastic.

The same thing happened when Stefan conveyed the idea to Jolanthe Pedrotti, and the team of initiators was already formed.

Only a few weeks later, the first Vision Day of the FUTURECOOPERATIVE took place in Castle Glarisegg in Switzerland. And the enthusiasm continued among all participants – as it did at the follow-ing Vision Day in Lustenau, Austria. Vision, mission and goals were formulated, and practical implementation began immediately. A core team was formed to prepare the foundation of the FUTURECOOPERATIVE, which finally took place in June 2018. 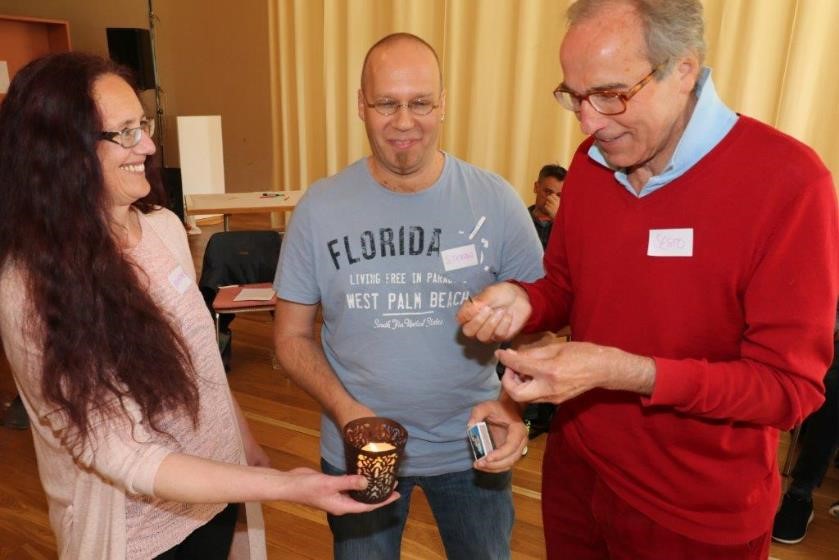 Investments: Where does the future lie?

We live within a cultural mythology that tells us we are separate beings in competitive relation for power, even for survival. We long to return to a culture of inclusiveness, cooperation, and the sharing of gifts.

In new technologies that have been driven forward by small companies or developers, sometimes for decades, with a lot of patience and creativity, but often fail because of capital and knowledge for the market launch.

The FUTURECOOPERATIVE has set itself the goal of enabling these technologies to enter the market. With the common good economy and the sociocracy we use modern means, which contain a large potential, to realize small and large projects together. 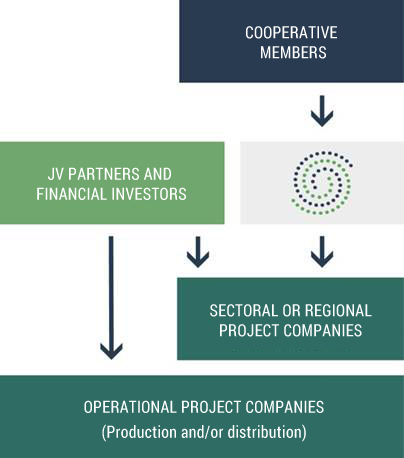 If necessary or advisable, joint venture partners and / or other investors may acquire shares in the holding companies and the operating companies.

The FUTURECOOPERATIVE’s business activities will concentrate on the following areas

All activities related to the manufacture, marketing and distribution of products are carried out by the respective project companies, which means that the operational activities of the FUTURECOOPERATIVE can be kept very lean and inexpensive.

Can you identify with these goals?

Become a member of the FUTURECOOPERATIVE!

„Our main task is not to recognize what lies unclear in the far distance, but to do what is clearly ahead.“